From fashion to the street passers-by, if there are not a few basic T-shirts in the closet, it is estimated that they are embarrassed to go out.
Why is the T-shirt a T-shirt? This is very simple. The T-shirt’s “T” looks like the English capital letter T, while the “shirt” is the transliteration of the English “SHIRT”. A piece of clothing unfolds in the shape of the letter “T”, and the name of the clothes comes from here. In terms of styling, the ancient Roman period “Nneka” (the name of the clothing at the time, transliteration) can be regarded as the earliest T-shirt. It is. Its sleeves grow to the elbows and the garments grow to the knees, which is more like a robe. T-shirts in the modern sense were popular in Europe and America in the 1970s. The rise of T-shirts has a specific historical background. In the late 1960s, Western countries blew up a “young storm”. Rebellion and anti-tradition were the core of “young culture.” Many traditional things and rules were modified and broken, including T-shirts. The young man wears the T-shirt that he wore inside, and printed his favorite words and patterns to advertise his personality, just as jeans developed from tooling to fashion. Since then, T-shirts have evolved from hard-to-wear underwear to casual wear, and have become a fashion classic. Nowadays, people can see T-shirts at the exhibition of many famous products.
Although women in the 1970s wore T-shirts into the office, which caused large-scale popularity, the clothing was first designed for boys, just like jeans, its origin is not so noble, and its birth is not out. Beautiful, but born during the war of artillery. During the First World War, American soldiers on the European battlefield were particularly uncomfortable wearing hot and dry conditions because of the hot weather. Some clothing companies made pure white underwear for these soldiers. As a result, this simple dress quickly became popular, and today, the pure white T-shirt is still the most popular basic model. 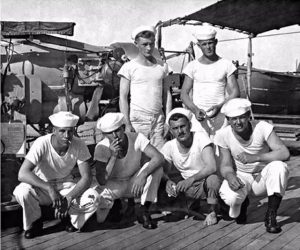 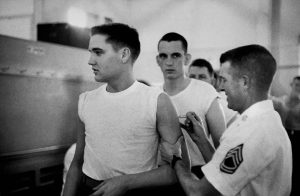 The other argument also comes from the US military, but it is different arms. It is probably said that the US Navy is always shirtless on the ship, and the image is too unsightly. In addition, military homosexuality is serious. In order to reduce sexual temptation, the military specially hired a clothing company to create new underwear for these soldiers. The time was 1913. This statement is even more convincing because it was first confirmed by Scott Fresena in his book T-Shirt.

This is quite funny. If people nearly 100 years ago saw the way we wear T-shirts today, we should use a modern vocabulary called “underwear”. They are as surprised as we first saw LADY GAGA wearing underwear. The panties swayed and waved at the camera.
In 1934, Clark Gable took off his coat in his movie “One Night Merry”, revealing the small side of the white T-shirt, which caused a lot of trouble at the time. The sensation, you know, T-shirts are initially sexually suggestive. Of course, historical experience tells us that everything related to sex can be popular, T-shirts are no exception, and Marlon Brando wears a white T-shirt in the Street of Desire, which is torn by women. Strongly felt the sexual suggestion attached to the T-shirt, a muscular man wearing a tight white T-shirt, in addition to sexy almost no words to describe, the public finally began to recognize the dressing philosophy of wearing underwear. 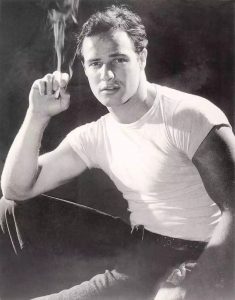 An American Idol, James Dean, gave T-shirts a sense of reality. In his film “No Causes and Rebellions,” T-shirts became a sign of rebellion, no longer a sexually suggestive taste. His films began to make the American general public crazy about T-shirts. In the 1950s, US T-shirt production reached nearly 200 million pieces.
In the 1970s, when the West was most liberated, people became more and more abandoning the formal and serious sense of dress. In addition, the automated assembly line for garment processing has been used for a long time. Electronic computers have begun to calculate clothing and cut clothing. The rapid advancement of technology has allowed T-shirts are more popular, and the T-shirts are most often paired with the “jeans” of the civilian class, and even in the 60s and 70s, even if everyone wears T-shirts, they can show different personalities. In 1973, the authoritative fashion media “Women Wear Daily” said that the T-shirt was the chief spokesperson of the anti-culture.
That is probably the most brilliant period of T-shirts, ironic pranks, exaggerated advertisements, black humor of ridicule, nothing can be printed on T-shirts, it does not carry too much social significance, and some are just exaggerated expressions of slogans. Since then, T-shirts have had another name, a cultural shirt. In the unprecedented American election in 1960, Kennedy defeated Nixon as the US president with a slight advantage. The T-shirt even had the taste of the media. The supporters of both sides printed the competition on the T-shirt and the cultural shirt became the advertising shirt. 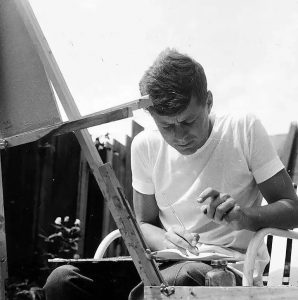 In the face of T-shirts, everyone can finally achieve equality. George Orwell wrote in “London in Paris” that when he dressed like a tramp, how did he discover another world and how everyone Suddenly began to treat him with a completely different attitude. But now even if two people come from different classes, if they all show people with T-shirts, no one will have a big difference in their attitudes.
This clothing is popular in the 1970s, the most unbridled in the Western world. Not only did men wear men’s t-shirts, but women also put them in the office together with tights, so sexy. But the T-shirt doesn’t always show the standard T-shape, sometimes it has sleeveless, V-shaped T-shaped, and A-shaped T-shaped. In the 1920s, the word T-shirt was officially included in the Weber English Dictionary. in.

What are the characteristics of printed T-shirt craftsmanship?
2022-06-11